“One of the major factors that differentiate a great photograph from an ordinary one is composition or how objects / subjects are placed in the shot. Simply put the rule of thirds is not a rule but just a compositional rule of thumb or a guide line to greatly improve the composition of your photos. It advocates against the common habit of beginners in photography to always place their subject smack in the middle of the frame.

Simply apply a tic-tac-toe like diagram to your image, dividing it into nine even rectangles like this:

How to Use the Rule of Thirds

The four lines and their inter section points is identified as the points of interest and this is where you should place your subject (along these lines or their intersections) to create more balance in your photos. An easy way to remember the rule of thirds is to avoid the center square while placing your subject. 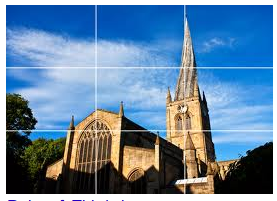 Always align the main subject with the guide lines and their intersection points, avoid placing the horizon from appearing to divide the picture in half instead place it on the top or bottom line, linear features in the image should flow from section to section.

While for some photographers great composition comes naturally, for the vast majority it does not and they need a little time and a lot of practice before it becomes a habit. Before pressing the shutter button ask yourselves two simple questions

1. What is going to be the main point of attraction in my shot?
2. In which square other than the center am I going to place it?

Answer these two and then frame your shot you’ll find that you have come a great deal ahead of your current photographic skill level. In some new generation digital camera’s the Rule of Thirds grid is built in. It can be turned on by using the appropriate settings and viewed on the LCD. In the case of Digital Single Lens Reflex cameras the focusing screen can be replaced with specialized screens, such as a Rule of Thirds grid, to assist with composition.

And last but not least Rules are meant to be broken, it should not in any case stifle the free working of your creative mind, so try breaking the rule once in a while and keep experimenting.

Here are two movie posters, one that uses the Rule of Thirds, and one that does not. Which is which? 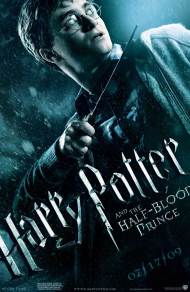